The daughter of muralist Joseph Johann Kauffman, Angelica Kauffman spent the majority of her childhood traveling around Europe with her father as he worked. Traveling with her father gave Kauffman the rare opportunity to see and copy many classical and Renaissance masterworks. Traveling also allowed Kauffman to meet some of the leaders of the new art movement, Neoclassicism. Kauffman was a child prodigy and began producing commissioned portraits in her early teens. Kauffman built her reputation as a serious portraitist during a three-year stay in Italy, where she was elected into Rome’s Accademia di San Luca. This recognition helped Kauffman achieve immediate recognition and success upon her move to London in 1766. Kauffman was one of two female founding members of the Royal Academy in London, an institution created to raise the status of artists through training and expert judgment and to arrange and exhibit contemporary works of art of excellence. 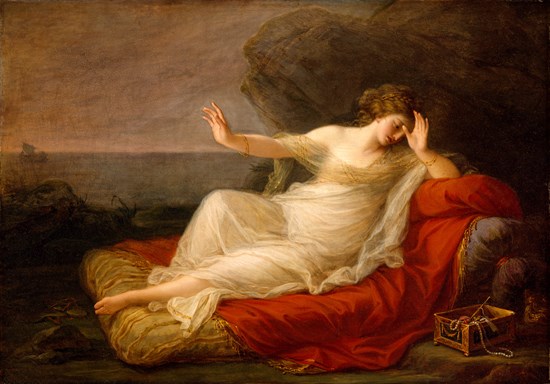 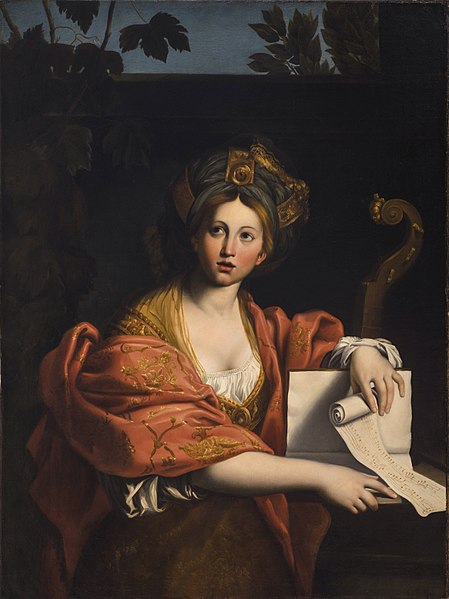 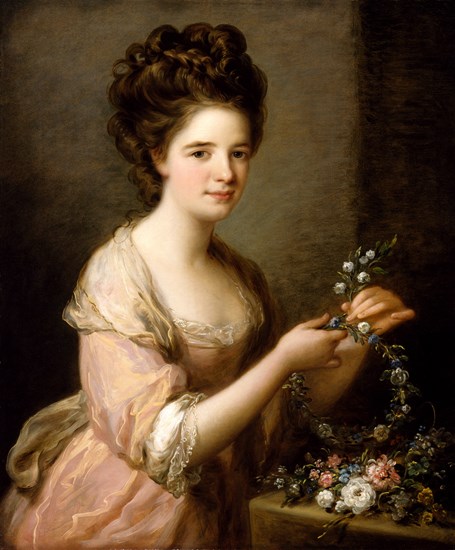 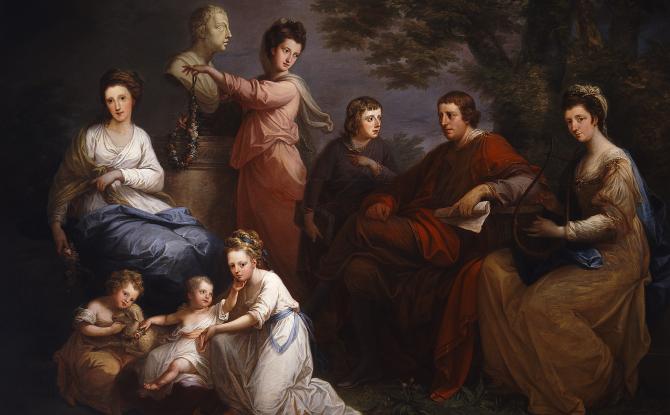