“I had no vocation for wifehood or motherhood, but an urge to serve the Union”

Being born as a working-class child, Margaret Grace Bondfield (1873-1953) dedicated her live and work to improving the working and living conditions of the working class. She became a trade unionist leader and an advocate for women’s rights in the labor movement. In 1929, Bondfield served as Britain’s first female cabinet minister, as the Minister of Labor in a government lead by the Labour Party.

Bondfield was born in March 1873 in Chard, Somerset, England, as the tenth of eleven children, and third of four daughters. Both of her parents, William and Anne Taylor Bondfield, were working class. Her father was a lace maker and active participant in political organizations that strove to protect the rights of the working men. While Margaret was still an infant, William lost his job and was unable to find regular work. The family suffered hardship, with the threat of the workhouse a constant fear. Nevertheless, her parents did their best to ensure that their children were educated and prepared for life.

At the age of fourteen, Bondfield began working at a draper’s shop as an assistant. At the age of twenty-one, she moved to Brighton, where she worked as a shopping assistant at W. Hetherington for eleven years. The poor working conditions and meager salary of £25 for a 62 hours work week brought her to London, where she hoped to find a better working environment. However, after working as a shop assistant in London, she found that the working conditions were even worse there. Her experience led her to become a trade union member and activist. Throughout her life, Bondfield would hold several positions as a trade unionist.

She first joined the National Amalgamated Union of Shop Assistants, Warehousemen and Clerks. In 1896, she was asked by leadership of this trade union to conduct an investigation on the working conditions of shop workers for the Women’s Industrial Council. Her findings impacted the passage of the British Early Closing Bill in 1904, which reduced working hours. In 1898 she was appointed assistant secretary of the National Amalgamated Union of Shop Assistants, Warehousemen and Clerks. She also started to wrote for the journal of this trade union, the Shop Assistant. In 1899, she was the first female delegate to be sent to the Trades Union Congress (TUC) conference. Bondfield also helped to found the National Federation of Women Workers (NFWW) in 1906. This organization was dedicated to the unionization of working women, and by 1914 had more than 20,000 members. In 1915 Bondfield became NFWW’s organizing secretary and established with others the Central Committee for Women’s Employment, which organized relief work for the female unemployed.

In addition to working for the improvement of the working conditions and salaries  of working women, Bondfield became increasingly passionate about the issues of women’s suffrage. She aimed for an extension of the vote to all adults regardless of gender or property, rather than the limited “on the same terms as men” agenda pursued by the militant suffragists. This position divided her from the leadership of militant suffragists organized in the Women’s Social and Political Union (WSPU) founded in 1904 by Emmeline Pankhurst (1858-1929). Instead she helped to found the Women’s Labour League in 1906, which was affiliated with the Labour Party, and became chair of the Adult Suffrage Society, which demanded full adult suffrage, i.e. the unrestricted right to vote, for all adults aged 21 or over. In 1908, she left her position as assistant secretary for the National Union of Shop Assistants and became secretary for the Women’s Labor League. At the same time, she became active in the Women’s Cooperative Guild, founded in 1883, which supported women’s suffrage and argued that women should have full equal rights with men. The Guild also played an important role in the campaigns for maternity insurance benefits, child welfare, and a minimum wage for women.

After the beginning of World War I, Bondfield joined the Union of Democratic Control that, while not pacifist, opposed the use of war as an instrument of national policy. She also became a member of the Women’s Peace Council. In March 1915 she attended a conference in Bern, Switzerland, organized by the Women’s International of Socialist and Labour Organizations, under the leadership of Clara Zetkin (1857-1933), which called for a negotiated peace.

After First World War, she continued her work for the trade unions and the Labor Party and was elected to the Trade Union Congress in 1918; she became its chairwoman in 1923. In the same year she was first elected to the British Parliament for the Labor Party as an MP for Northampton; in 1924 she was made MP for Wallsend. In the short-lived minority Labour government of 1924 she served as parliamentary secretary in the Ministry of Labour. From 1929–31 she was the first female Minister in Britain, responsible for the Ministry of Labour. Her term was marked by the economic crises of the Great Depression. Her willingness to contemplate cuts in unemployment benefits alienated her from much of the Labour movement. As a result, she lost the reelection in 1931.

In the following years, she toured Canada, Mexico, and the United States as a lecturer. In 1939, when the Second World War started, her position towards the war was different than in 1914. This time she actively supported the government and, in 1941, published a booklet, Why Labour Fights. Her main wartime activity was leading an investigation by the Hygiene Committee of the Women’s Group on Public Welfare, into the problems that arose from the large-scale evacuation into the countryside of city children. In 1948, Bondfield published her autobiography, A Life’s Work. She died in 1953 at the age of 80.

Bondfield’s determination allowed her to become one of modern Britain’s most significant advocates for improving the working and living conditions for women. She remains relevant today as a pioneer advocate in female labor issues and the first female to hold many of formerly male-dominated positions in unions and politics. 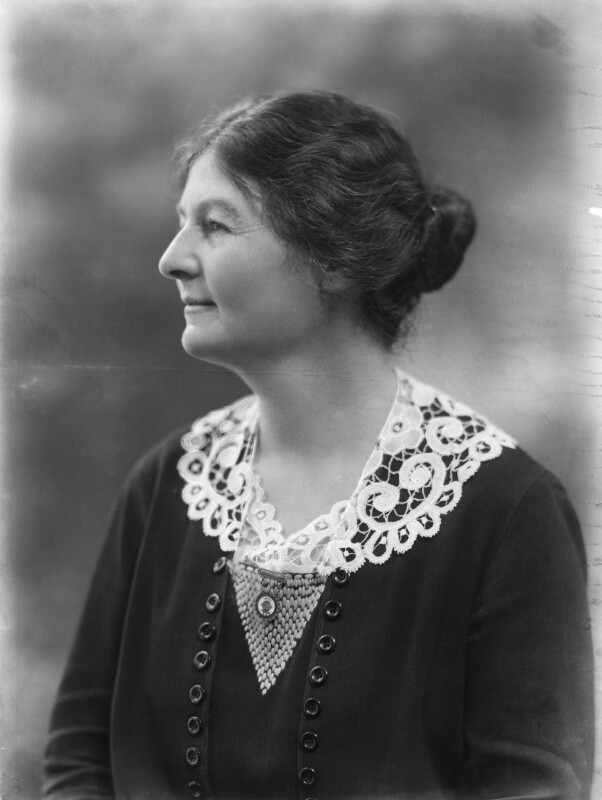 A portrait of Margaret Grace Bondfield, 1922 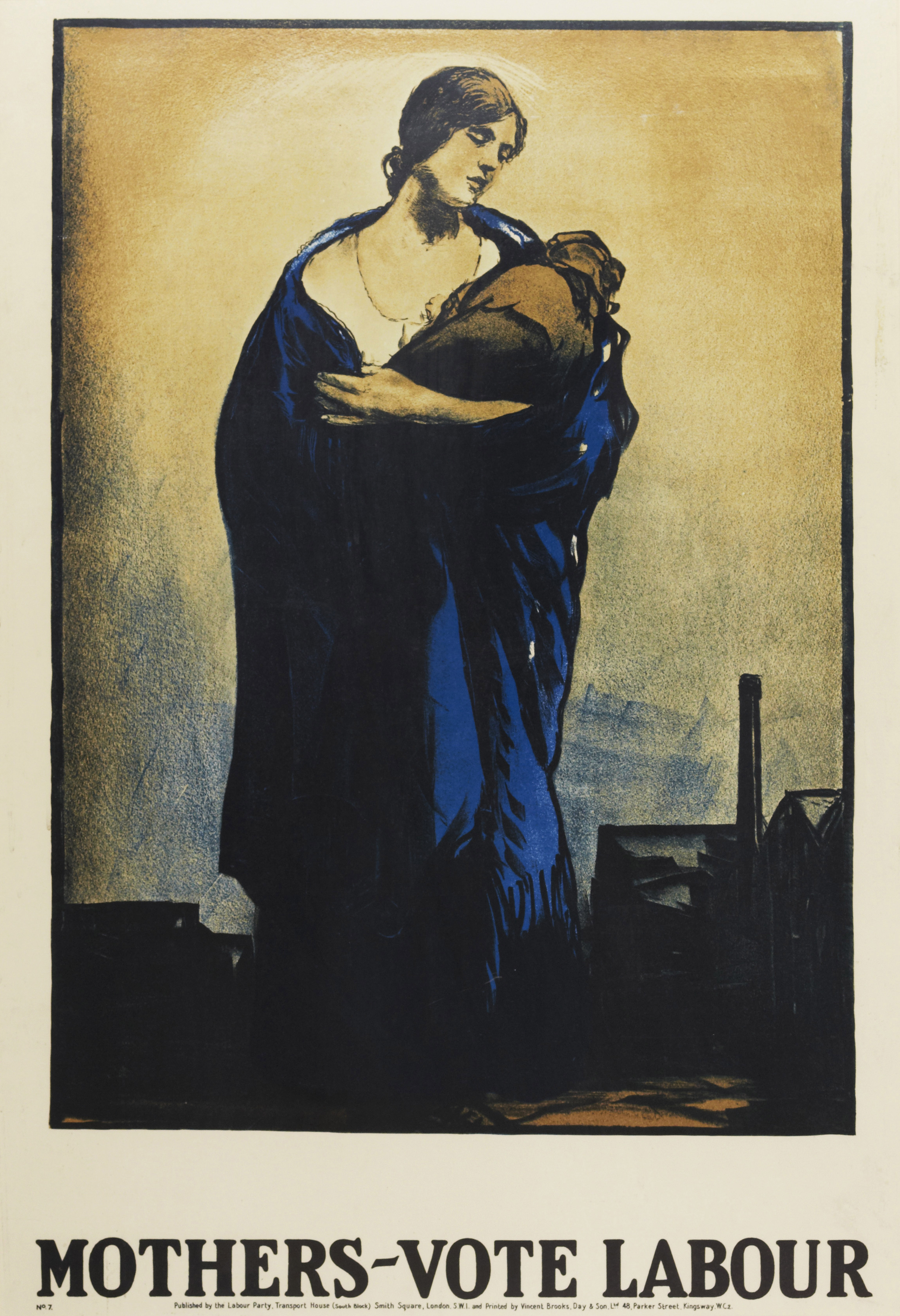 The women MPs of the British Labor Party in 1929