Toni Sender (1888-1964) was a German socialist, politician and journalist. She belonged during the First World War to the socialist war opposition that split from the Social Democratic Party of Germany (SPD), which supported the war, and formed the Independent Social Democratic Party in Germany (USPD). For this party she was elected in the national parliament, the Reichstag, in 1920. In 1922 she followed the party majority of the USPD back to the SPD. She stayed for the SPD in the Reichstag until 1933. In addition, she became in 1927 the editor of the social democratic illustrated women’s journal Frauenwelt (Women’s World), published since 1924. Frauenwelt had replaced Die Gleichheit (Equality) published from 1892 to 1923.

Toni Sender was born Sidonie Zippora Sender in Biebrich, in the Rhineland in November 1888. Her parents, the businessmen Moritz Sender and his wife Marie Sender, nee Dreyfus, were Orthodox Jews and prominent figures in their community as Moritz Sender was its president. Sender went first to a higher school for girls in her home town and then pursued a secondary education at a private higher business school for girls (Höhere Handelsschule für Mädchen) in Frankfurt am Main at the age of thirteen, because she wanted to learn a profession and become financially independent from her parents.

After finishing this school, she started to work and earn her own living with secretarial work, first in Frankfurt am Main and since 1910 in Paris, where she started to work in the office of a large metal company. Already in Frankfurt am Main she had joined the trade union of the office workers. In Paris she came more intensively in contact with the labor movement and joined the French Socialist Party. After the First World War had started, Sender had to leave France as a German citizen and return to Germany. In Frankfurt, where she settled down again, she continued to work in the office of a metal company and was promoted to head of their manufacturing and finances department. Quickly she came in contact with the Social Democratic Party of Germany in Frankfurt and the surrounding region of Hesse.

During the war she joined the growing war opposition inside and outside the SPD. The party officially supported the war since August 1914, despite all declared pacifism before August 1814. Its argument was that the conflict was a defensive war for Germany. Sender came in contact with the leader of the social democratic women’s movement Clara Zetkin (1857-1933), and the leader of the metal worker union in Hesse, Robert Dißmann (1878-1926), who both belonged to the war opposition. Zetkin invited Sender to organize with her the International Conference of Socialist Women’s against the War in Bern, in neutral Switzerland, from March 25-28, 1915, to which Sender like all other participants had to travel illegally. Despite the danger of imprisonment, 25 women from, Britain, France Germany, Italy, the Netherlands, Poland, Russia and Switzerland participated in this first international women’s conference for peace, which ended with a joint resolution. Expelled from the SPD’s party’s executive for her work in the planning of this conference, Sender went on to help found the Independent Social Democratic Party (USPD), which was officially created in  April 1915. The USPD split from the SPD, to give the war opposition a voice.

Her role in the newly founded party grew quickly. She became the editor of the USPD’s local newspaper, Das Volksrecht (The People’s Right). During the Novemberrevolution 1918, which ended the war and the Wilhelmine Empire, made Germany to a republic, and gave German men and women universal suffrage, Sender was elected the secretary of Frankfurt’s workers’ council. In 1919 she was elected in the city council of Frankfurt. In 1920, Sender was furthermore elected in the Reichtag for the USPD, where she was the youngest of the forty women holding seats. Different than most female members of the Reichstag, who were focusing on ‘feminine’ political issues in the fields of education, health care and social welfare, Sender followed her passions and worked as a financial expert and in other realms of economics and foreign affairs. This deviation from the gender norms did not hurt Sender’s electability, however, as she maintained her seat even through the USPD’s merge with the SPD in 1922. Sender’s assertion of her right to act within this male dominated field of politics and her general independence represented the Weimar Republic’s conception of the “New Woman”, but also revealed the misogyny that lie beneath the egalitarian ideology of socialism. This was most apparent when one of her male colleagues used her clothing choice to exemplify the need for the party’s newspaper to maintain it’s fashion section. In 1927, Sender became the editor of the social democratic illustrated women’s journal Frauenwelt (Women’s World), published since 1924.

Sender’s political convictions would lead her not only to oppose the radical left-wing ideologies of the Communist Party  (KPD) but also the far-right ideologies of the then growing the National Socialists Worker Party (NSDAP), or Nazi party. Sender sought to combat the Nazi party’s growing prominence and public support very actively and belonged to the minority of trade unionists and socialist in favor of a general strike against the NSDAP. When the Nazi Party came into government in January 1933,  Sender had to leave Germany, because the Nazi’s persecuted her as “Jewish” and socialist. She fled via Prague and Britain to the United States. In the US, she continued her political passions of labor union work and internationalist beliefs by working with the United Nations and the American Federation of Labor (AFL) before her death in 1964.

Sender’s efforts towards independence despite her conservative upbringing is an example for women around the world today that no matter the conditions and expectations you are born into; your destiny is in your hands. This theme continues in her political work as well, as she never let her superiors dictate her beliefs or allow her party membership to influence her convictions. Sender referred to herself as a “rebel” and led a life dedicated to social justice, peace, and internationalism. Falling ill in 1952, she persevered and continued working for the labor movement until 1956 and eventually passed away from a stroke in June 1964. 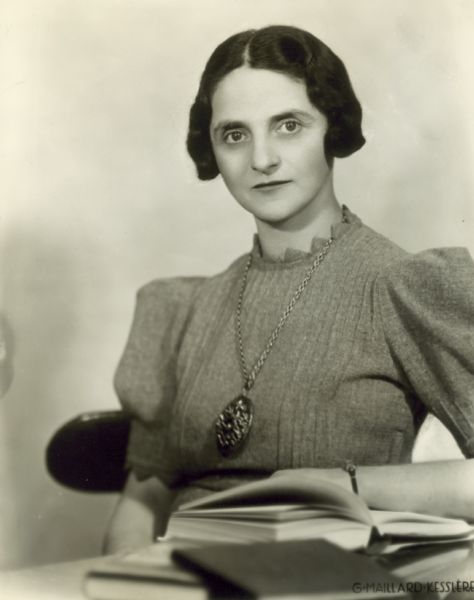