Widely associated with Monet, Renoir, Pissarro, and Degas, Berthe Morisot was a key figure in leading the Impressionist movement. Morisot’s mother supported her daughter’s artistic ambitions and provided her with a serious art education. Though Morisot’s gender barred her from accessing the full range of subject matter available to her male counterparts – cabarets, cafés, bars and brothers – her paintings address all aspects of feminine life in the late-19th  century, including the intimate parts closed to male artists. Morisot, who was married and had children, fought against the preconceptions that women could not have a career and be wives and mothers. Morisot’s husband, Eugéne Manet, wholeheartedly supported her and sacrificed his own artistic ambition to manage her career. Morisot’s work influenced other female impressionist painters living in Paris, such as Mary Cassatt and Eva Gonzalés. 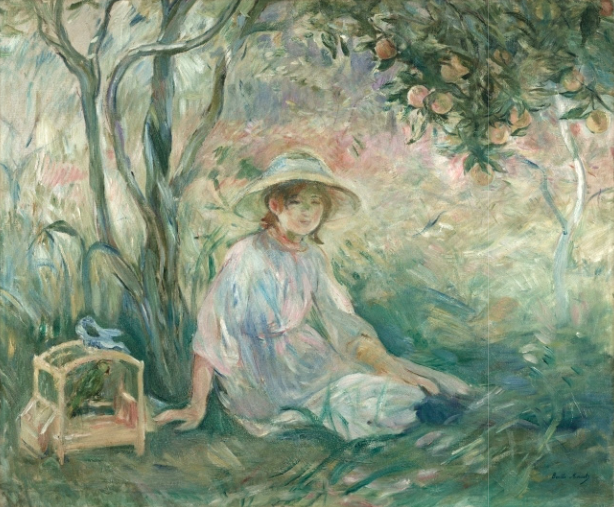