The daughter of an unmarried domestic worker, Suzanne Valadon grew up in Montmartre, the bohemian quarter of Paris. Valadon, who could not afford to take formal art classes, supported herself by working as a waitress, nanny, and circus performer. However, after falling from a Trapeze while working she began modeling for artists such as Auguste Renoir and Henri de Toulouse-Lautrec. These artists, who became her close friends, allowed her to observe their techniques. Edgar Degas, one of her closest friends, purchased her work and encouraged her to pursue a career in art. Over the years Valadon became best known for her female nudes. Valadon transformed female nude portraiture by providing insightful expression of women’s experiences. In comparison to her contemporaries, Berthe Morisot and Mary Cassatt, who portrayed women as soft and sensuous, Valadon painted the nude female form with heavy delineation and simple bold strokes to strip the sensuousness away. 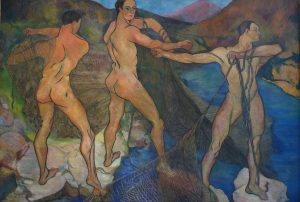 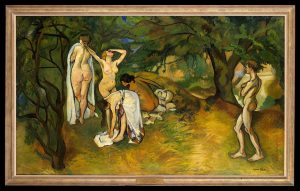 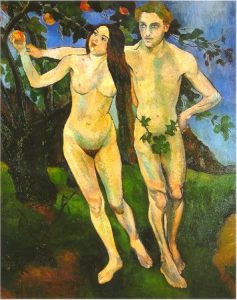 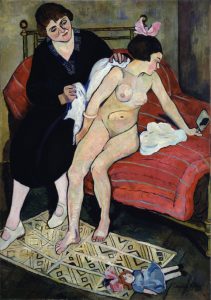